Do you ever ask yourself, “Where did I come from?”

Where I came from may not have been the question on my mind in the baby photo, when I was three months old. But it’s something I often asked myself from childhood up until today, the stuff of dreams and stories.

Family stories may link you to the branches of a family tree, but a DNA test could tell you even more about your ancestry. The untold stories, the secrets. A DNA ancestry test links you and your family tree to relatives you don’t even know, and geographic locations, too, based on your DNA test pattern. 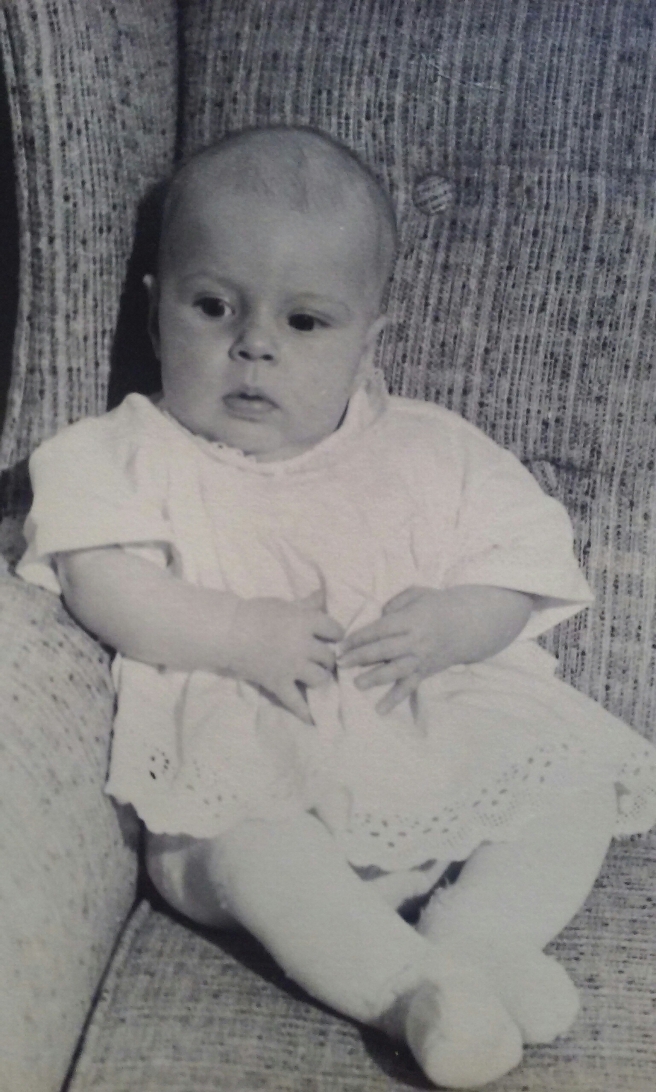 Origins are difficult to really know unless you have a relative who keeps up a well recorded family tree. We did have, in my family, and the genealogy came with not only who begat whom but with stories about each generation on my mother’s side of the family. George Washington gave one of my ancestors a fine horse for distinguished service in the Revolutionary War. Another relative was tricked into coming to the new country by attending a boat party that ended up taking her across the Atlantic, instead of back to London that night so long ago.

Even then, while records of an ancestor’s mother may be fairly certain, who the father was might be a question. Who can say for sure?

The first and most obvious answer to “Where did I come from?” is my mother. Mom, a Potter of the Potter Crandall lineage originally from England, often told the family story of the 24-hour unbearable labor, the weaning at 3 months, the surprise that as a baby I didn’t cry. She was very convincing about me being hers. She’s about 35 in the photo here, on the occasion of receiving her masters degree in education.

Even so, as a very young child I was preoccupied with imagining that I had been adopted. This may have had something to do with my father’s secrets.

We didn’t really know who my father’s people were or where he came from.  In the photo below he was in his early 20’s just back from serving in World War II in Japan.

The most important people in his family stories were in his adoptive father, Ben, and Ben’s sister, Marie, who he thought might be his biological mother. He told stories about Ben the most, like the time when as a little boy my father forgot to hang up his only coat and Ben nailed it to the middle of the floor. Marie, he always spoke of with love bordering on reverence. Marie, in the photo below, lived in New York City and was a nurse in the Red Cross. She never married.

Both came over from Denmark in about 1910 and changed their name from Bronander to Brown on Ellis Island. They both died in the year I was born, 1960, but before my birth.  I would never know them. They were Bronanders from Denmark, we didn’t know of any others in the states. Scandinavians. But my father would often joke about who his real parents were, and told so many stories it was hard to pin down what was truth from what was fiction. The only person in his family who I met was his adoptive mom, a Elathea Smith, of the Smiths and Linscotts in Maine, originally from England. Who my paternal grandparents were was a mystery.

I sent in a small slender tube filled with chemical preservatives and saliva to ancestry.com last month to try to find out more. The Ancestry people purify DNA from the sample and look at the pattern of the DNA. They match the sample to see which other DNA patterns from around the world it most closely resembles. Different populations of people from various regions have characteristic, and sometimes unique, gene features that scientists can see in the DNA patterns.

Mine showed I am half Scandinavian, and about one quarter English, and one quarter Irish or Scottish.

Surprise? Not really. Ireland and Scottland were unexpected homelands. But the DNA test results made the stories of Denmark seem more real than before, and maybe one day I will try to visit the old country. Scandinavia can also mean Norway or Sweden, and now I’ll try to learn a bit more about the history and culture of all of these.

A DNA test can turn up other kinds of secrets, like relatives you’ve never heard of – but that part of the test is optional and I opted out. I know that one of my grandparents had 11 siblings, and another had 12 so we have a very large family tree.

I write about the mysteries of family history in my first novel, American Dream. And maybe I’ll look for my extended family on my mother’s and father’s sides one day.

For now, I’m still looking for me.

© Jennifer J Brown and J.J.Brown Author. Unauthorized use and/or duplication of this material without express and written permission from this blog’s author and/or owner is strictly prohibited. Excerpts and links may be used, provided that full and clear credit is given to J.J.Brown and J.J.Brown Author with appropriate and specific direction to the original content.
%d bloggers like this: